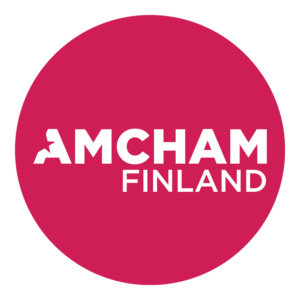 Writing from my home office like many other experts for the last 4 to 5 weeks, I’ve had some time to read news and think a little bit about where public affairs, lobbying and interest representation in Finland could be headed. The ongoing COVID-19 crisis has been very abrupt and economically steep. No one knows for certain when the crisis will end.

As of writing, roughly 420,000 people are on temporary layoffs within companies employing more than 20 people, according to Helsingin Sanomat datadesk[1]. The Ministry of Finance published an economic outlook for Spring 2020, stating the novel coronavirus will hit the Finnish economy hard. This year GDP is predicted to decline 5,5 %, even though a recovery may begin in the second half of 2020. Another source of concern is that every passing month of lockdowns will cost our national economy approximately 1,5–2 % of GDP (in 2019 , 240 billion euros[2]), equalling 3,5 to 4,8 billion euros per month. In a worst-case scenario, restrictions will last for six months and equal a whopping 12,2 % reduction in GDP for 2020.[3]

All of this leads to two conclusions for the not so distant future: Financial aspects of policy issues will likely dominate political decision-making for the next 3–5 years, and secondly, the governmental program will need modification come August.

Every organization is working hard to adapt to a rapidly changing business environment strangled by government restrictions and emergency law(s). So far, they have had devastating effects on industries and businesses, such as hotels, restaurants, event organizers and freelance performers, to name a few. The current crisis is affecting different companies and industries at different rates.

For now, one thing is for certain. As long as lockdowns remains in place, traditional use of political ‘power’ has returned to national politics with a bang. In his recent internet article, Antton Rönnholm, party secretary to Social Democrats, envisioned the return of strong nation states[4]. Maybe so. However, as former British PM Winston Churchill came to experience, revolutions tend to devour their offspring.

Having been involved in the Finnish public affairs sector for over a decade and having also experienced the financial crisis of 2008–2009 and EU restrictive measures of 2014 towards Russia due to the Crimean war, I must admit the current crisis has had more profound effect on businesses than before. As The Economist stated in its April 11th issue, it’s all about ”the business of survival” as companies making it through the crisis will face a new business climate[5].

Before the COVID-19 outbreak, Finland’s corporatist system has been struggling for survival. National demographics show that the prevalent system’s foundation, which is traditionally based on labor market membership fee collection agreements, national pension schemes and universal working conditions, is gradually deteriorating. Despite these developments for the time being, the negotiating ‘Parties’ have strengthened their position and influence instead. Whether this is momentary or not remains to be seen.

Perhaps not, because right after the coronavirus outbreak corporations swiftly rushed to government aid by agreeing upon employers’ possibility, for example to lay-off fixed-term employee contracts, which previously wasn’t possible. They also began introducing temporary changes to layoff procedures.

However, this ’emergency contract’ quickly passed in to law by parliament will come to a close at the end of June. It is likely this contract needs to be prolonged for the remainder of the calendar year. Confederation of Finnish Industries EK and The Central Organisation of Finnish Trade Unions SAK will have important roles to play in the not-so-distant future when coordinating industry organizations and interest group views. So far, government decisions to keep the economy rolling by allocating capital directly to companies through public business organizations Finnvera (and banks) and Business Finland have somewhat alleviated companies. But there is still a general fear that time will run short in processing all applications, despite the extra workforce. Minister for Finance Katri Kulmuni (Centre Party) announced that a third supplementary budget would be on the way come May. Financial decisions already made by government parties between March and April 2020 have climbed to 15 billion euros.

If the novel coronavirus was the Black Swan, Finnish Entrepreneurs (Suomen Yrittäjät, SY) plays the role of dark horse. Representing some 115,000 single, small and medium-sized businesses, Finnish Entrepreneurs have not been part of the prevalent corporatist model. Some 98 to 99 percent of all businesses in the EU are small or medium-sized enterprises (SME’s) and roughly 8 out of 10 new jobs have been created by these companies after the financial crisis of 2008. Therefore, what will become of entrepreneurs’ positions in post COVID-19 Finland is not a minor political issue . It has become clear that adjustments (reforms) to the prevailing model are needed. Old policies need to give way to new.

REBUILDING AND PREPARING FOR THE FUTURE

So far, opposition parties have more or less supported the acting government’s decisions due to exceptional circumstances. Crafting new policies is not a current issue, but old structure shall pave way for the new. The media conversation revolves around how the nation will be steered out of crisis and it will continue to get more heated. On April 8th, Prime Minister’s Office (VNK) appointed a preparatory working group chaired by Martti Hetemäki from the Ministry of Finance (VM) and Kirsi Varhela from the Ministry of Social Affairs and Health (STM).

The working group is tasked with drafting a comprehensive strategic plan by end of May 2020. It involves how Finland will emerge out of the crisis, taking into account economic, health and social issues. It will propose immediate ‘aftercare’ measures, which will cover all sectors of society and business. That is to say, the measures will address how COVID-19 is taken care of and how its aftermath will be dealt with.

The composition of sub-working groups reflects classic tripartite corporatism strengthened with Finnish Entrepreneurs (SY). Another interesting issue, although indirectly related to this, is that on the same day (April 8th), Prime Minister’s Office gave out press release on the long-waited state ownership steering decision. In Finland, state-owned enterprises account for nearly 30 billion euros in OMX Helsinki. This is not all.

Prior to this, on April 1st, Ministry of Economy and Employment (TEM) and Ministry of Finance (VM) set up their own ‘commission of inquiry’ chaired by Vesa Vihriälä. He is a well-known economist and public official who has previously served in Finnish government, European Commission and OECD, to name a few. Other appointed members – the four wise men – are Nobel Prize winner Bengt Holmström, PhD, Sixten Korkman and Professor Roope Uusitalo. The preliminary deadline for their expert analysis is 1st of May 2020. Whether this public piece of information links with the statement recently made by Minister of Finance Kulmuni remains to be seen. Clearly, at least an idea of a roadmap is in place. The COVID-19 crisis has also revealed the sitting government’s informational power in relation to opposition parties.

In some aspects, aforementioned remarks confirm the assessment that the COVID-19 crisis is a ‘hinge-point’ in national corporate development, which is about to enter new phase. Currently, health, social and security policies have grabbed markets by the collar. It is somewhat premature to evaluate the future agenda comprehensively. In any case, the main issue of reconstructing the policy agenda will circle around how to pay off the seemingly ever-increasing public debt.

Reconstruction policy needs to have priorities, industry perspectives and policy initiatives that will launch GDP into a growth trajectory. This is not only a question of markets and market mechanism, but a question of political choices that favor some industries, organizations and phenomena.

Business organizations should ask themselves if they have their stakeholder relations already established. Contacts and friendships are made and alliances are forged before you actually need them. This is an issue most businesses neglect. On which side of the fence, part of the solution or problem, will your organization be?

WHAT PUBLIC AFFAIRS PROFESSIONALS CAN BRING TO THE TABLE

Eurofacts is a strategic Public Affairs consultancy established in 1989 and an affiliate of U.S. based FleishmanHillard (FH), world’s third largest PR & PA consultancy, since 1996.

want to
join our members?

Access your business needs with Amcham Finland in a 15-minute call.

Mikonkatu 9
oo1oo, Helsinki
Finland
Manage Cookie Consent
We use cookies to improve your experience and collect usage statistics. By using this website, you agree to our use of cookies.
Manage options Manage services Manage vendors Read more about these purposes
View preferences
{title} {title} {title}